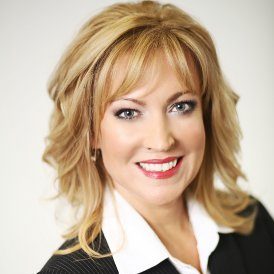 Can a spouse get permanent alimony in a short duration marriage where the debilitating issue did not occur during the marriage?

Several cases have affirmed permanent alimony in short term marriages where debilitating medical conditions occurred during the marriage. For example, in Reeves v. Reeves, 821 So.2d 333 (Fla. 5th DCA 2002), a denial of permanent alimony was reversed in a four and one-half year marriage where the wife had to care for a handicapped child born of the marriage. In Levy v. Levy, 900 So. 2d 737, 742-3 (Fla. 2nd DCA 2005), a denial of permanent alimony was reversed in a two year and four month marriage where four months into the marriage, the Wife suffered a back injury, and, about six months after that injury, she developed ulcerative colitis. The Social Security Administration ruled her totally disabled. In Adinolfe v. Adinolfe, 718 So. 2d 369 (Fla. 4th DCA 1998), permanent alimony was affirmed where the parties married when the wife was healthy but she became disabled during the course of the marriage, suffering from arthritis, diabetes, kidney disease and eye surgery.

But what if a debilitating issue was present before the marriage?

The general rule is that permanent alimony is not appropriate in a short-term marriage; however, such an award may be warranted “where a genuine inequity is created by the failure to award permanent alimony.” Green v. Green, 672 So.2d 49, 51 (Fla. 4th DCA 1996).

In the Gallinar case, the court found a demonstrated need for permanent alimony in a marriage of two years and eight months where the medical conditions that impeded the Wife’s ability to maintain employment were present prior the parties’ marriage. Gallinar v. Gallinar, 763 So2d 447 (Fla. 3rd DCA 2000). The wife’s psychiatrist testified the wife’s depression would render her unable to maintain gainful employment in her lifetime and that her condition began fourteen years earlier (the award of permanent alimony was upheld but the amount was reversed).

Lakin presents a six year marriage where permanent alimony was affirmed because of the wife’s severe learning disabilities, dyslexia, attention deficit disorder, bipolar disorder and emotional issues that prevented her from being employed on a continuous basis. Lakin v. Lakin, 901 So.2d 186 (Fla. 4th DCA 2005). The Court cited as examples of her condition that it took her twelve years to obtain her Associates of Arts degree and that she had never held a job for any significant amount of time. Both examples cited occurred before the marriage.

In Lagstrom v. Lagstrom, 662 So. 2d 756 (Fla DCA 1995), permanent alimony was upheld in a five and one-half year marriage based on the Wife’s depression that rendered her nonfunctional. Two psychologists testified that she had no ability to be self-supporting. Interestingly the case does not state when the depression presented itself.

And, just recently, in Kruse v. Lesque, 192 So.3d 1263, (Fla. 2nd DCA 2016), it was ruled the trial court abused its discretion in denying permanent alimony where the undisputed evidence showed the Wife was disabled and unable to return to work. While this was an eleven year marriage, not short term, it was shown that one of the two medical factors pertinent to the determination included existed before the marriage.

It seems the crux of the issue, rather than when the condition arose, is that there is a condition that renders the spouse incapable of self-support.

Will this case law be rendered moot should the proponents of alimony reform pass a bill similar to last year’s SB 668? Not likely. SB 688 provided considerations similar to our current statutory factors, including a provision for nominal alimony that could be converted to a full alimony award where a medical condition with a reasonable degree of medical certainty may inhibit or prevent an alimony recipient’s ability to work.