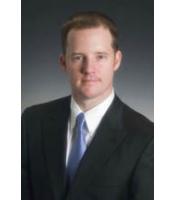 Written nuptial agreements can be very useful in protecting assets of one spouse owned or acquired either prior to or during the marriage.  These agreements are used most often by those who bring substantial assets into a marriage, or those who expect to obtain substantial assets during a marriage by inheritance or otherwise.  When properly drafted, a nuptial agreement can be a useful tool to resolve actual or future disputes over money and support between one spouse and the other.

A nuptial agreement cannot resolve each and every issue that may arise in a dissolution of marriage action.  The primary example is parenting issues for minor children, or parenting plans, which must be determined by a Court based upon the best interests of a child at the time of the dissolution of a marriage.  Further, Florida law provides that certain specific types of support cannot be waived in a nuptial agreement, including child support, and support to be paid to a spouse for support during the marriage, although alimony after a dissolution of marriage may be waived in a nuptial agreement.  Similarly, Florida courts have interpreted one spouse’s right to recover attorney’s fees from the other as a type of spousal support that similarly cannot be waived during the intact marriage.

With a nuptial agreement, the parties can create their own blueprint for the division of assets in the event of a divorce.  The plan is not limited by the structures created by existing Florida law; rather parties can be creative in preparing a fair distribution of assets, regardless of how or when acquired.

Florida courts recognize the validity and application of pre and post nuptial agreements.  However, many times nuptial agreements are attacked as part of a divorce.  The financial arrangements that both parties feel are fair at the time of their marriage may not seem as fair many years later.   One spouse may allege that they did not voluntarily enter the agreement; rather they were under duress, coercion or undue influence at the time of signing the agreement.  Or, they may allege that they did not receive sufficient disclosures of the other spouse’s finances or that the other spouse tricked them or committed a fraud to lure them into signing the agreement.

For those that enter into a marriage with significant assets or income, or expect to inherit significant assets during a marriage, entering into a nuptial agreement may be the only manner to protect those assets from the application of Florida marital law.  Having a pre-nuptial agreement may also save attorney’s fees which would otherwise be required at the time of a divorce to dispute the financial issues then.