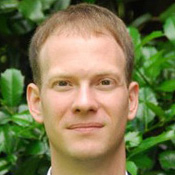 For the past six years, the Florida legislature has introduced bills aimed at comprehensively reforming and rewriting Florida’s alimony laws.  Florida’s last statutory change to its alimony laws occurred in 2010, when Florida introduced durational alimony as a new form of alimony and codified bridge-the-gap alimony, which previously had only been permissible under case law.  Whether the 2017 legislative law leads to comprehensive alimony changes remains to be seen, especially since Governor Rick Scott has twice vetoed new alimony legislation.

Under Florida’s current statutory and case law, there are four types of alimony:

The major complaint of the persons seeking alimony reform is that Florida Statutes and  the corresponding case law related to alimony, leave too much discretion in the individual judge’s hand. They seek a more uniform process where parties of similar circumstances and in similar regions of the state would receive a similar alimony award, regardless of the judge.  Unfortunately, this approach limits the ability of the family court judge to equitably decide a very individual issue, thus rendering what is one of the last known courts of equity (the family court) almost useless.

The bill proposed during the 2016 legislative session (it is anticipated that a bill very similar to the one proposed in 2016 will be presented in 2017) established a formula for use by the court after making its initial findings and alimony determination, unless the parties agree to a different amount.  After making initial findings, the court would calculate the presumptive alimony based on formulas.  Formulas provide for a presumptive range only and are as follows:  At the low end of the range .015 times years of marriage times the difference between monthly gross income of the parties.

What will happen in the 2017 Florida legislative session with regard to alimony is unclear. However, as a bill related to reforming alimony has been introduced in both the House and the Senate for the past six years, I would assume that 2017 will be no different. It is important for the family law practitioner to closely monitor and track any bills filed, as they can change in content and form as they pass through each committee. While some practitioners agree that alimony reform is necessary and inevitable, others feel that any change to existing alimony laws is detrimental to stay-at-home parents and potentially sexist, as well. No matter which argument you may side with as a family law lawyer, it is important to be able to advise our clients as to both the pros and cons that any change in alimony law may represent to their cases.